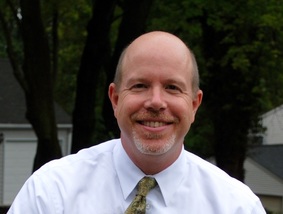 Matt has been advising and representing businesses and individuals in a variety of matters since 1992.

Matt advises large and small employers on all manner of employment-related issues.  If litigation arises, Matt defends his clients in state and federal courts and before various administrative agencies, including the U. S. Equal Employment Opportunity Commission (EEOC) and the Pennsylvania Human Relations Commission (PHRC).

Matt’s areas of expertise include defending employee claims of discrimination (age, gender, race, religion, and national origin), harassment, and retaliation.  Matt also advises clients and has litigated cases and claims involving The Americans with Disabilities Act and the Family and Medical Leave Act.

Matt offers his clients general legal service in support of their business needs, including contract drafting and review, business formation, and representation in commercial or business litigation.

Matt has been recognized as a Pennsylvania Super Lawyer every year since 2006.  Super Lawyers is a rating service of outstanding lawyers from more than 70 practice areas who have attained a high degree of peer recognition and professional achievement. The selection process includes independent research, peer nominations and peer evaluations. Less than 5% of practicing attorneys in Pennsylvania are named Super Lawyers in any given year.

Matt is active in his church and community and coaches softball and baseball. He served on the Board of Directors for Devon Strafford Little League, and his firm has sponsored a Little League baseball or softball team every year since 2007.